The electromagnetic spectrum (aka the EM spectrum) is the range of all known frequencies and wavelengths of electromagnetic radiation. It is divided into seven distinct regions, in order of decreasing wavelength and increasing energy and frequency. These sections include: radio waves, microwaves, infrared, visible light, ultraviolet, X-rays and gamma rays; with extremely low frequency (ELF) radiation (i.e. what is emitted by power lines and electrical sources) at the lowest end of the spectrum. The spectrum also distinguishes between ionizing radiation (the high-energy frequencies in the spectrum above visible light) and non-ionizing radiation (the lower-energy frequencies below visible light).

It is important to understand the behavior of the EM spectrum, because different frequencies of EM radiation are used in different practical applications integrated into our daily lives. EMF sources can be both natural and man-made. Peer-reviewed research has shown that biological effects can occur as a result of exposure to EMFs across the entire EM spectrum (not just the ionizing/thermal section).

Safe Living Technologies offers specific EMF inspections, mitigation techniques, and solutions depending on the type and source of EMF exposure. 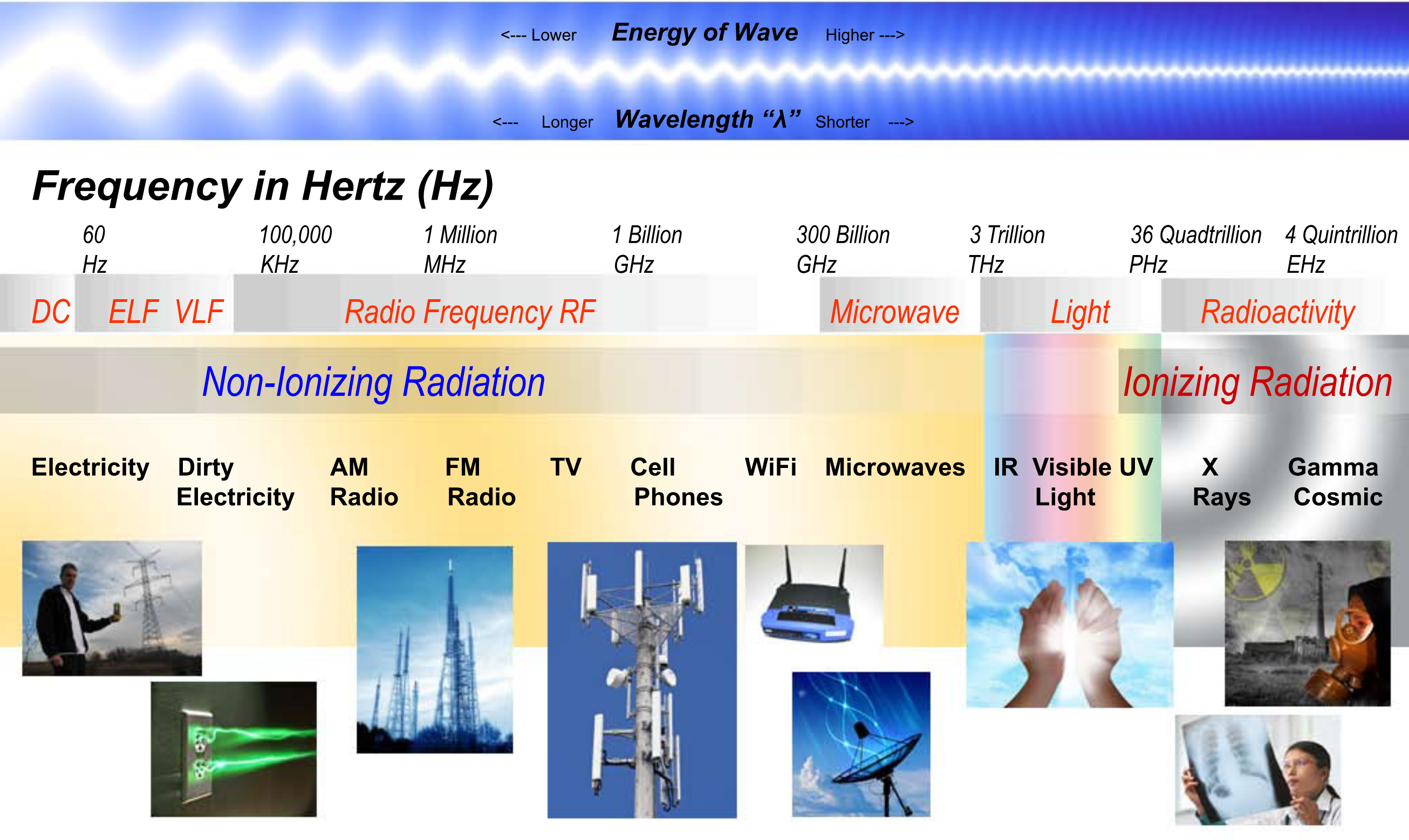 Blank, M. Overpowered: What Science Tells Us About The Dangers of Cell Phones and Other WiFi-Age Devices. Seven Stories Press, 2014.

LiveScience. “What is Electromagnetic Radiation?” 2015. https://www.livescience.com/38169-electromagnetism.html